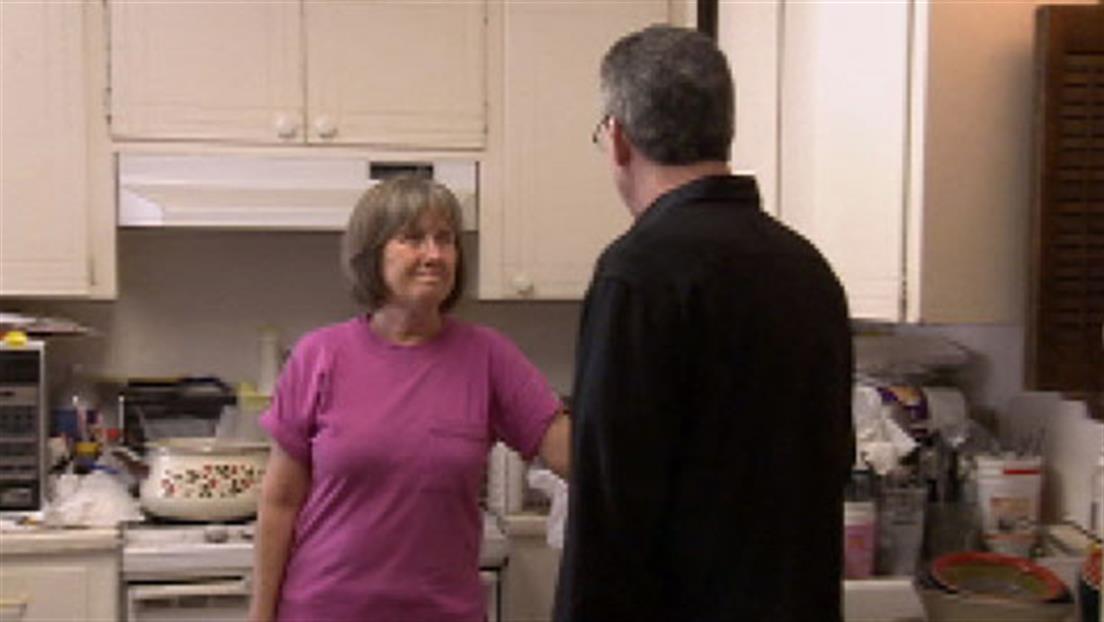 Kathleen’s hoard is so bad that her son gave up his college scholarship for fear of leaving his 16-year-old sister home alone with their mother. The kitchen doesn’t function and the hoard is being used to support sagging doorways to unusable rooms. Now Kathleen’s sister Paula will use her law degree to petition the courts to remove her 16 year-old niece from the home unless Kathleen cleans up. Margree married a minister two years ago, but her home was so hoarded he was never able to move in. Out of frustration over her unwillingness to clean, he has separated from her and now rents his own apartment. He is giving her one last shot to clean, or the marriage is over.