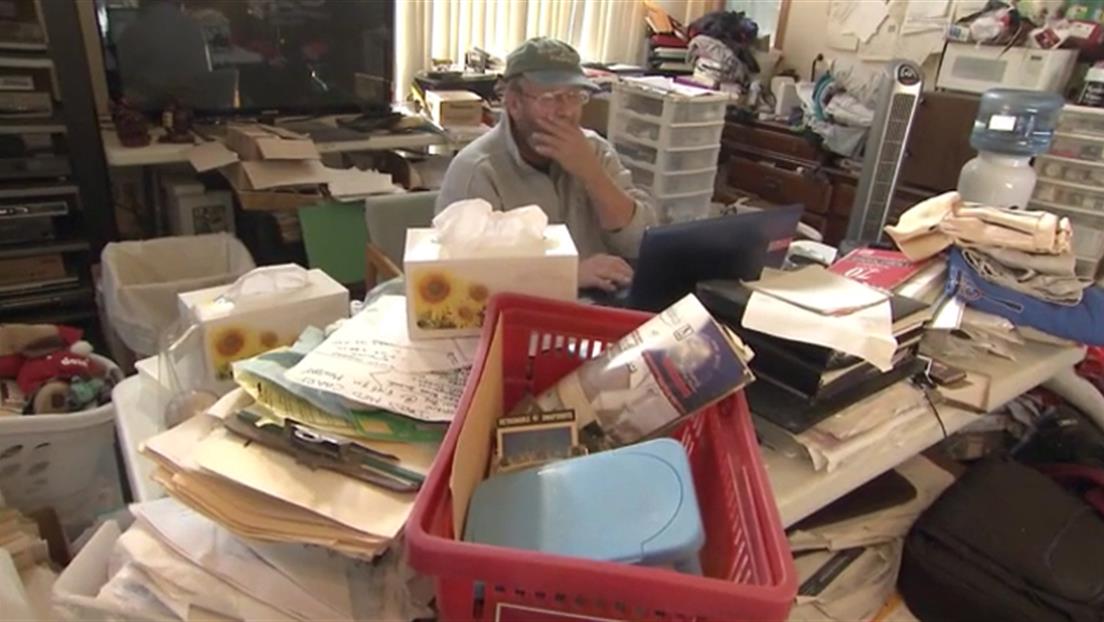 Kathleen’s hoarding began after her husband was killed in a train accident. Her hoarding not only fills up her own house, it’s filling up her daughter’s house, too, where Kathleen has been living. But now her daughter has given Kathleen an ultimatum — get help or get kicked out. Scott has bought hundreds of houses, buildings, barns, and semi’s and filled them with things he buys at auctions, including stuff from a computer store, construction store, hotel supply store, Halloween store, jewelry store, and more. Sometimes Scott sells his stuff at auction, but he is so compulsive he buys it back — so he ends up buying his stuff twice! If he can’t let go of his obsession he’ll go totally broke.