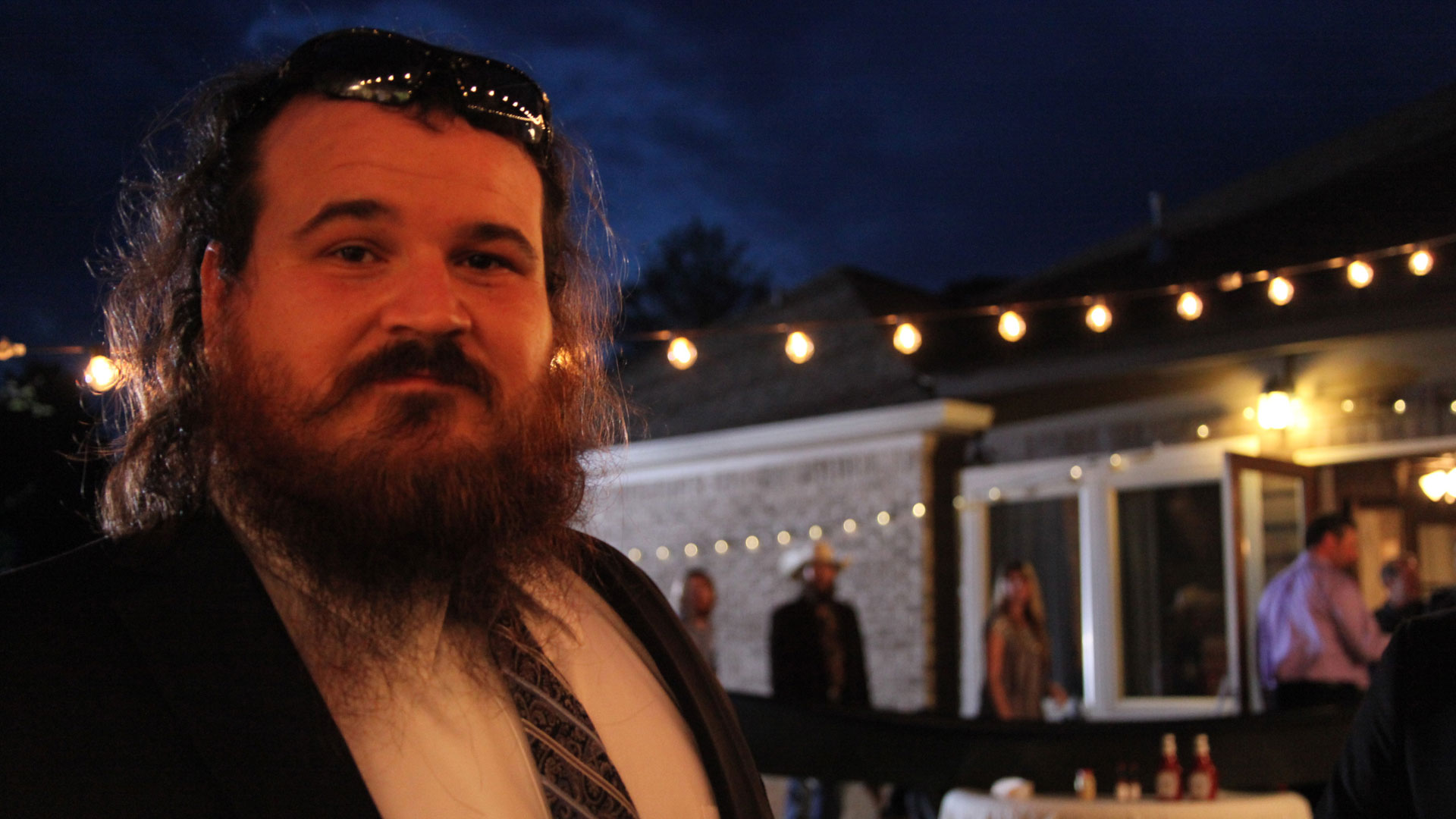 As a Robertson family friend and employee at Duck Commander, Justin Martin – the guys just call him by his last name – tends to get caught up in the practical jokes and pranks that are seen on Duck Dynasty (and a lot that aren't). But really, who is Justin Martin? Here he gives us an inside look into his life, including his "man bib," how he met the Robertsons, and the things that would surprise fans of the show to know about him.

Watch every episode of Duck Dynasty now, no sign in required.

When and how did you meet the Robertsons?
The first time I met Phil and Kay was at house church over 10 years ago. The first time I met Willie, Jase, Si, and Jep was about 10 years ago at a poker game. Both meetings were surreal as I grew up watching these guys duck hunt for a living. I really looked up to them for their hunting skills and their faith.

What was your first impression of them? What do you think of them now?
My first impression was that they are some of the nicest people I've ever met. They invited me into their home and treated me like they had known me for years. I was so impressed I decided that is the way I always want to treat others. They are still the exact same way today.

Did you have a beard when you met them, or did you grow it out afterwards?
When I met them I had no beard because at our high school you could not have one if you were on the football team. My favorite time of year was Christmas break so I could grow a beard for two weeks. Once that was over I would keep a beard most of the year and come September I wouldn't cut it until after duck season. Oh, how things change!

Do you have an attachment to your beard the way the Robertson men do?
I do now, for sure. It's great camo during duck season and it keeps your face warm and wind proof. It gets a little annoying when our Louisiana summers kick into high gear. That thing gets hot and smelly.

What's the strangest thing you've found in your beard?
Nothing too strange – just the expected. A beard is a grown man's bib. It keeps cheese dip, ice cream, spaghetti, and so on from getting on your shirt, so that's handy. I've found a tick or two in there and, of course, those pesky duck lice.

Which Robertson are you closest to? Why?
I would definitely say Willie. We were very good friends before I started working [at Duck Commander]. We act very much the same way. We like playing pranks on people and never taking life too seriously. I spent so much time at his house that Bella and I became best friends. We always cook, play golf, and play poker together.

How's Willie as a boss? Do you find it tough to work with all of your friends?
He's a great boss. His deal is as long as you have all of your work done then I don't care what you do. He basically said get the calls built and you can hunt as much as you want. Plus you know his door is always open if you ever need anything. Working with friends is awesome. I love having the constant Christian influence. We not only work together, we also golf, fish, eat, and hang out together.

Tell us about the Master's Degree you are pursing. What do you hope to do with it eventually?
I studied wood duck nesting here in Louisiana. It just kind of fell in my lap. I took the GRE two days before grad school started. Hopefully I can continue building duck calls and hunting for a living. It takes a smart man to figure out how to get paid to do what you love for a living.

What do you like to do in your spare time?
I spend a lot of time fishing and playing golf.

What's your favorite dish from Miss Kay?
Her Swiss steak without a doubt. It's always my birthday meal along with a chocolate pie. I'm hungry now.

What makes you laugh?
I like laughing at everyday situations. I don't like taking things very seriously. Si's stories are always good for a laugh too. I love practical jokes.

If there was a Duck Dynasty movie made about Duck Commander, who would you want to play you?
Myself duh! But if not me, Will Ferrell. I find him hilarious.

What's been your favorite episode of the show so far?
I think when Si handcuffed himself to Willie takes the cake. I couldn't stop laughing the whole time.

How has your life changed since being on the show?
Everywhere I go, people know my name. It's kind of odd when people you've never met call you by name.

What is something about you that would surprise fans of the show to know?
My first name is Justin. I'm only 27 years old. And I am in fact in a relationship with a great woman named Brittany.

By submitting your information, you agree to receive emails from A&E and A+E Networks. You can opt out at any time. You must be 16 years or older and a resident of the United States. More details:
Follow #DuckDynasty