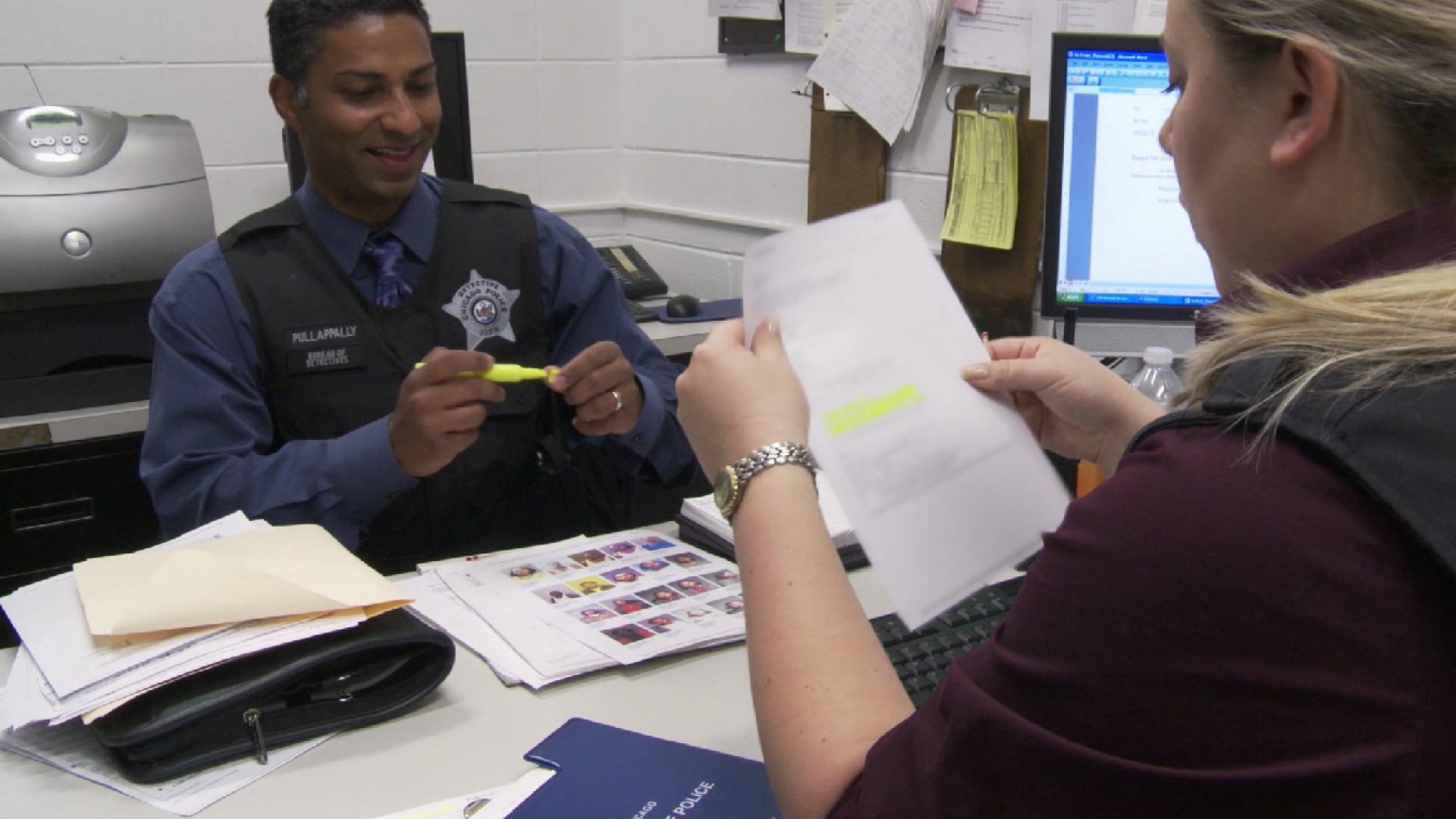 Detective Pam Childs responds to the disappearance of Maria Miranda reported by Hector, the missing woman’s boyfriend and the father of her infant child. Hector explains he received a phone call from Maria in which she complained of being tired and threatened to kill herself, as well as her two children. Childs needs help and recruits Detective Selles Morris and the CPD intelligence unit. The intelligence unit traces that phone call, and discovers it was made from an Arizona phone number. Next, Detective Jason Pulappally and Sgt. Gabby Shemash respond to Tarvarus Wright’s disappearance. They learn that although he comes from a dedicated two-parent household, Tarvarus has fallen under the sway of a neighbor named Bruce, aka “Blue,” a member of the Black Gangsters street gang. Based on his long criminal history and past convictions, Blue is considered armed and dangerous.