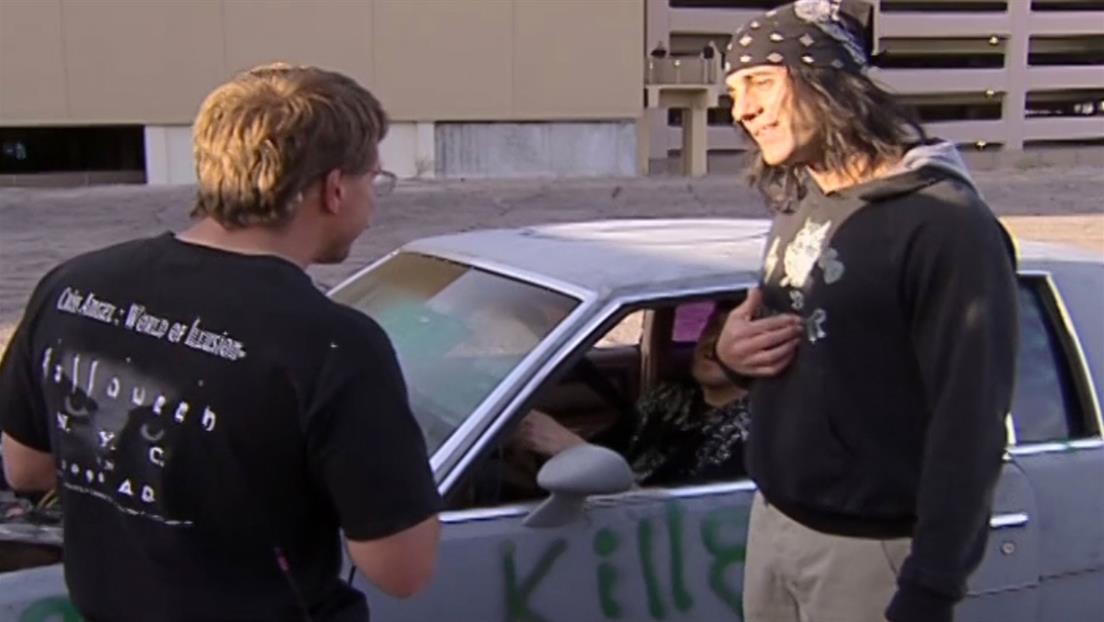 Trying to prove which person is crazier, Criss and his comedy magician good friend, the Amazing Jonathan decide to play the ultimate game of chicken. Their rivalry begins with a small paintball game and an electric shock face off. Criss ups the ante daring Amazing Jonathan to hit him with a car. Criss trains with Mark Chadwick to learn how to deflect the impact of a car. The competition culminates with Criss standing in front of a brick wall as Amazing Jonathan revs his engine. After one false run, Amazing Jonathan barrels into Criss pushing through the brick wall. In this episode, Criss also performs a knife test in a sushi bar that could end his career.

By submitting your information, you agree to receive emails from A&E and A+E Networks. You can opt out at any time. More details:
Follow #CrissAngelMindfreak