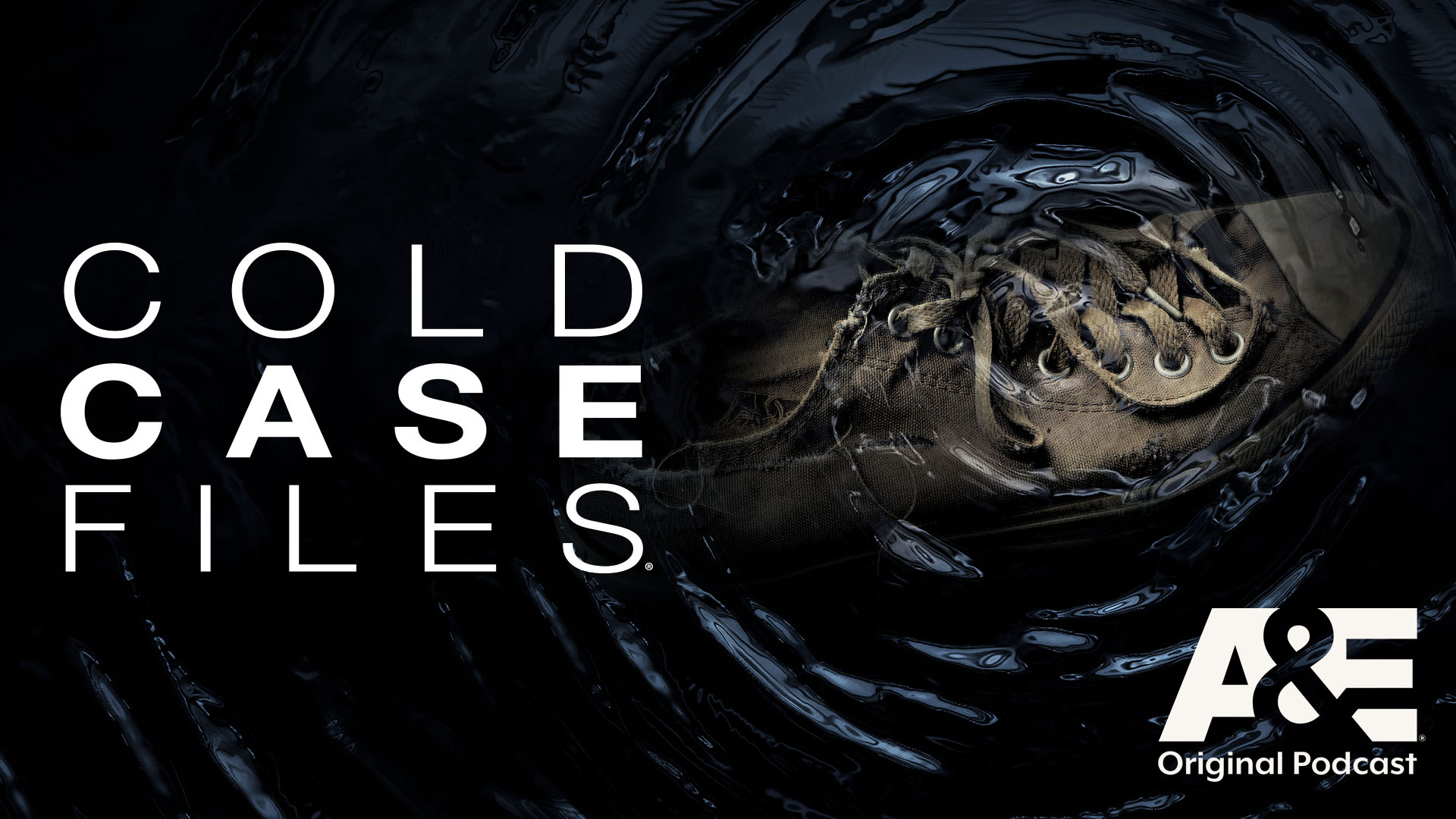 Murders go unsolved. Killers slip through the cracks. With the passage of time, families lose hope and another unsolved homicide file settles into obscurity. The pattern is familiar, but changing, thanks to the efforts of a special breed of detectives. Cold Case Files tells the story of their work.

Til Death Do Us Part

Just two years into their marriage, Chuck Hall finds his wife, Cheryl, murdered in their home. Although Cheryl's family is certain they know her killer, the authorities aren't as convinced. After decades, a DNA match erases any lingering doubt.

A Is For Arson

When the fire that kills firefighter Gary Parks is ruled an arson, the investigation into his death shifts to a homicide. A serial arsonist is believed to be behind the murder, but it will take a determined cold case detective to track down the killer.

When human bones were discovered in the woods in Schuylkill Haven, Pennsylvania in December, 1985, it put an end to the search for missing 13-year-old David Reed. A small detail found in the remains reveals David was murdered, but it will be decades before investigators can find his killer.

Queen of the Ozarks

In June, 1985, a 20-year-old ‘Sucker Day’ festival queen is found brutalized. The small community of Nixa, Missouri are certain that her blood is on the hands of a local, wealthy businessman. But, after 25 years, DNA reveals the true killer.

A house fire claims the lives of a family in rural Oklahoma, and foul play is suspected. Two teenage girls were not found among the charred rubble, and one of their mothers began a decades-long crusade to find out what had happened.

Heidi Jones was just four years old when her mother was killed in 1970. Four decades later she vows to solve the cold case and enlists an old high school friend to help.

When 19-year-old newlywed Tiffany Johnston is found dead in a small town in Oklahoma, her mother vows to exact justice for her killer. Over a decade later the investigation becomes much bigger than anyone imagined as more victims associated to the same killer are discovered.

A father discovers his daughters killed in horrific circumstances in March, 1984. The mission to find the person responsible is passed from generation to generation until an informant comes forward with a name.

23-year-old Tonya McKinley is found brutally murdered on New Years Day in 1985, forcing her boy has to grow up without her. It takes 35 long years for familial DNA to pinpoint the killer.

In late 1983, five people were abducted from a fast food restaurant before being found brutally murdered in an oil field. The main suspect is believed to be someone with friends in high places, until evidence reveals the killers had been hiding in plain sight all along.

Pam Pitts’ body was found burned at a popular party spot in the Arizona desert. Even when a second victim is discovered in a mineshaft it takes decades for the truth to come out.

Eyes of a Killer

A violent robbery in February, 2010 caused Michael Temple Jr. to become quadriplegic for five years before his death. DNA taken from a knife used in the attack helps to create a profile of the killer.

The Woman In The Woods

For 34 years Jody Loomis’ killer goes undetected, and even when genetic genealogy leads to a suspect, their guilt must be proven in court.

A Lesson In Homicide

When beloved Red Bank middle school teacher Jonelle Melton is found murdered in her Neptune City, New Jersey apartment in the fall of 2009, suspicion is cast on her soon-to-be ex-husband, who eventually helps solve the crime years later.

Just after the last day of school in 1984, 15-year-old Reesa Trexler is found murdered in her grandparents' home. For decades, a stalled investigation only fuels the town rumor mill, pointing an accusing finger at Reesa's 13-year-old sister, Jodie.

The body of 24-year-old Lisa Ziegert is found stabbed to death in a field in Agawam, Massachusetts on Easter Sunday of 1992. The investigation yields several leads, but there is no prime suspect. After more than two decades, DNA phenotyping puts a face to the killer.

In 1980, 21-year-old radio intern, Helene Pruszynski, is found bound and stabbed in a snowy field in Denver, Massachusetts. After 37 years of dead ends, investigators turn their attention to a public genealogy website.

The Secrets in the Well

Near what's known as the hanging tree, the mutilated body of Timothy Coggins is found in late 1983. The investigation stalls and goes cold for over 30 years, until a newly elected sheriff vows to bring the killers to justice, and he does.

23-year-old former beauty queen and devout Catholic Irene Garza, vanishes in April 1960 after giving confession in her town of McAllen, Texas. Her body is eventually found floating in a drainage canal. Rumors run rampant that a member of the Catholic clergy is involved, but gradually the case goes cold, before a break in the case reignites the case 42 years later.

Throughout the 1970s and 1980s, several states are terrorized by a sadistic serial killer, until the murders abruptly stop. In 2006, a cold case detective and producer on the set of "Cold Case Files" begins to unknowingly connect the dots while discussing the unsolved murder of 23-year-old Southern Illinois University student Deborah Sheppard.

A 25-year-old schoolteacher Christy Mirack is found brutally slain in her Lancaster, Pennsylvania apartment in 1992. The investigation uncovers a plethora of suspects, but still, the case goes cold. It isn't until 26 years later that investigators catch their big break with the help of a genealogy website.

When 22-year-old Sherry Leighty vanishes in 1999, her family is left wondering how a dedicated mother of three could just vanish without a trace. The case takes on a new life a decade later, thanks to Sherry's sister, who uses new social media outreach to crowdsource information.

The Devil at the Door

The Voice in the Lake

In December of 2000, 31-year-old real estate appraiser Mike Williams mysteriously vanishes while duck hunting in Lake Seminole, Florida. Investigators assume that Mike drowned, but 16 years later they receive an ominous phone call from his wife that changes everything.

A serial rapist is terrorizing women around Portland, Oregon, and investigators are faced with an endless list of potential suspects until a hunch finally pays off.

Blood on the Badge

When a police officer is murdered in Atlanta, the suspect list is vague at best. The case seems destined to stay on the cold case shelf forever... until a brave little girl speaks up about her attacker and investigators close in on the man responsible for both crimes.

Bump in the Night

In 1996, Aimee Willard was home for the summer in Northern Pennsylvania. One night, her car was found abandoned on a highway off-ramp with blood on the nearby pavement. Investigators are left to figure out where she is... and what happened to her.

In this special episode, Cold Case Files follows Sacramento County deputy district attorney Anne Marie Schubert as she hunts for a killer. Her target is a murderer who brutally stabbed a man to death in his home 16 years earlier, and she plans to find justice using a new grant for DNA testing.

In 1989, 38-year-old Sharon Bloom disappears. A week later, her body is discovered. In the initial investigation, police have a suspect: a jealous coworker with a motive and blood evidence in his home, but investigators struggle to make the case stick.

In this special episode, Cold Case Files follows Detective Manny Reyes as he works two cases. First, Detective Reyes investigates the 1990 murder of a Fort Worth, Texas woman, which hinges on a 2-year-old witness. Then, as Reyes closes in on a suspect, he is pulled onto a second case involving a known serial killer. The clock is ticking as Detective Reyes works to bring both cases to a close.

A taxi driver is dispatched on his last call of the night outside Fort Jackson, South Carolina. Hours later, the driver's body is found face down by the side of the road, and forty years will pass before the murderer is brought to justice.

In part two of this special edition of Cold Case Files follows detectives as they pursue every lead and work to solve the 1995 rape and murder of 14-year-old Nacole Smith, one of Atlanta's most notorious unsolved crimes.

This special two-part edition of Cold Case Files offers an inside look at an active cold case investigation as detectives work to solve the 1995 rape and murder of 14-year-old Nacole Smith, one of Atlanta's most notorious unsolved crimes.

Skeletons in the Closet

A scrapyard owner makes a gruesome discovery, which leads investigators to question a mother who may be killing her children.

A young woman is shot to death during a jewelry store robbery in 1980, but without the ability to test DNA evidence the case goes cold until the killer strikes again two decades later.

When a convenience store clerk is murdered in cold blood, an investigator goes undercover as a mafia boss in an elaborate sting that will snare a killer.

A woman drops her daughter off at daycare then disappears. Without any evidence or clues, Los Angeles investigators have no leads until an anonymous tipster gives the detectives a name that may crack the case.

Despite several mysterious and concerning clues, the drowning death of 6-year-old Sally Cheesboro is deemed a tragic accident. Over two decades later, Sally's sister is all grown up and determined to keep a promise she made to her baby sister.

When Kimberly White – the estranged wife of a former state trooper – is found shot to death, her ex-husband swears that she took her own life. But as the investigation unfolds, the trooper's story doesn't quite add up.

A woman's life is shattered when her house is broken into, she's assaulted, her husband is murdered, and her home is set aflame. To make matters worse, police consider her a suspect in her own attack and her husband's death. Years later, Lynn Lopez seeks to clear her name, and get justice for her husband.

Apple Spotify PodcastOne
The Apple logo, iPhone, iPod touch, and iTunes are trademarks of Apple Inc., registered in the U.S. and other countries..
By submitting your information, you agree to receive emails from A&E and A+E Networks. You can opt out at any time. You must be 16 years or older and a resident of the United States. More details:
Follow #ColdCaseFiles