Kim Russo is an accomplished, highly sought-after medium who has been communicating with spirits for nearly two decades. Fluent in the language of the spirit world, Kim has helped people from all walks of life confront the fears that haunt them most, and embrace the truths that bring increased light, love and understanding to their lives. She enjoys speaking at hundreds of engagements across the country, addressing eager audiences of all different ages, religions and beliefs.

The word of Kim’s gift spread wide, and she quickly found herself appearing in the A&E hit series “Paranormal State” and “Psychic Kids” as well as Bio Channel’s “Celebrity Ghost Stories” and LMN’s “The Haunting Of…” and “Psychic Intervention.”

A self-proclaimed skeptic, Kim always wants proof before she believes anything. To that end, she has become a certified medium by The Forever Family Foundation and The Windbridge Institute for Applied Research in Human Potential, both of which subjected her to a battery of double-blind tests. Both organizations are dedicated and committed to proving the existence of life after death by integrating mediumship along with scientific studies. Being accredited is no easy feat, and Kim’s scores were among the highest ever recorded.

In 2016, Kim published her first book, The Happy Medium – Life Lessons from The Other Side, from HarperCollins. Debuting at #1 in Amazon’s spiritual book category, The Happy Medium interweaves experiences from Kim’s life with some of the best, most astounding behind-the-scenes stories of her celebrity readings from episodes of her Lifetime show, “The Haunting Of…” In addition, she gives readers the tools to access the energy that is all around us, including experiments and lessons she uses in many of her sold-out theatre appearances and courses around the world. Kim’s second book was released in April 2019, “Your Soul Purpose – Learn How to Access the Light Within“. 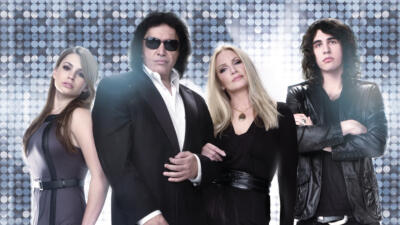