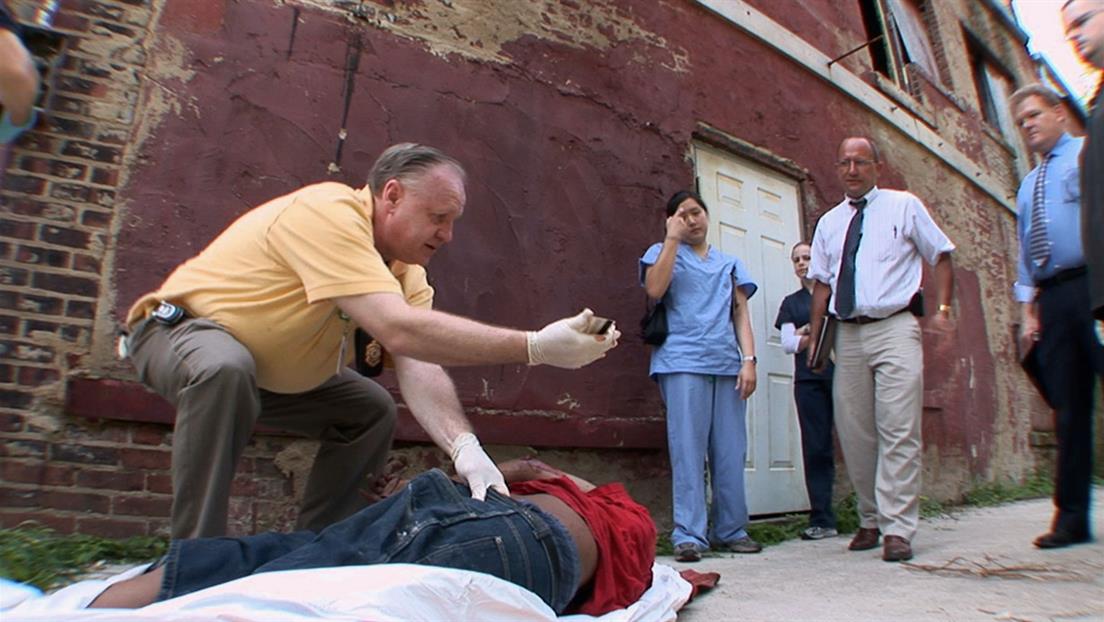 Homicide detectives use cutting edge technology and computer graphics to collect and analyze evidence as they race against time to catch the killers. In Rochester, Investigator Cathy Lucci meets partner Dave Salvatore at the scene of her first homicide case. A 49-year-old male has been brutally stabbed and left to die with a blanket covering him. There are a few suspects and many questions. Who was angry enough to stab a man 46 times and concerned enough to cover him with a blanket? In Cleveland, Detectives Hank Veverka and Kathleen Carlin find the body of a 34-year-old male, shot to death behind an abandoned building. His pockets are turned out, his shoes are off, and his cell phone is missing, all suggesting a robbery. But when detectives learn his identity and discover that he was found nowhere near where he lives, they wonder what brought him to the neighborhood where he was killed.