Many Sides of Jane

In “Many Sides of Jane,” a 28-year-old mother of two diagnosed with Dissociative Identity Disorder (DID), previously known as Multiple Personality Disorder, allows cameras into her life to follow her journey. Her more than nine identities, ranging in age from 6-28 years old, can appear at any time. Diagnosed only three years ago, she is on a journey to understand what caused her DID as well as figure out how she can best co-exist with her many “parts.” Throughout the series, Jane will be coming to terms with past abuses that occurred during her childhood and her relationship with her family under the watchful care of her clinical psychologist. This is a raw, unfiltered look at an extraordinary young woman who is learning how to live her life again with a rare, commonly misunderstood, disorder known as Dissociative Identity Disorder. 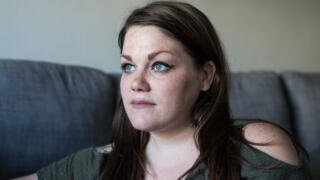 Jane
By submitting your information, you agree to receive emails from A&E and A+E Networks. You can opt out at any time. You must be 16 years or older and a resident of the United States. More details:
Follow #ManySidesofJane