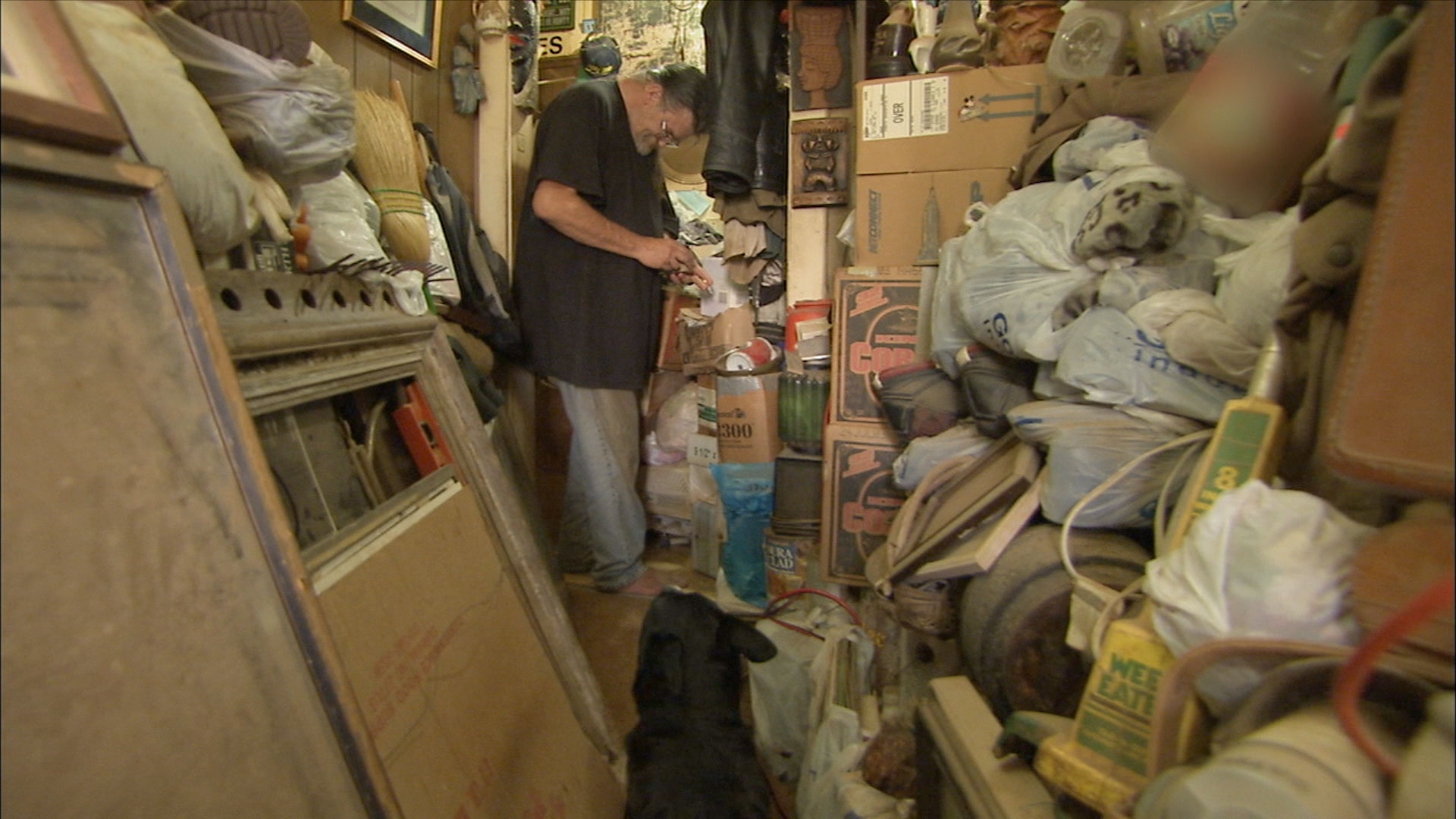 Susan `s addicted to buying and selling cars and electronics, but she never manages to sell much. Recently, when Susan was out prowling for more stuff, someone broke into the house, bound and gagged her wheelchair-bound mother at gunpoint, and stole some of Susan’s hoard. Michael’s father was a Nazi SS member in Germany’s Third Reich who ruled his son with an iron fist, even forcing him to eat his own pet rabbit to “toughen him up.” Now Michael is a hoarder and he and his dog live like sardines packed in a can of clutter.