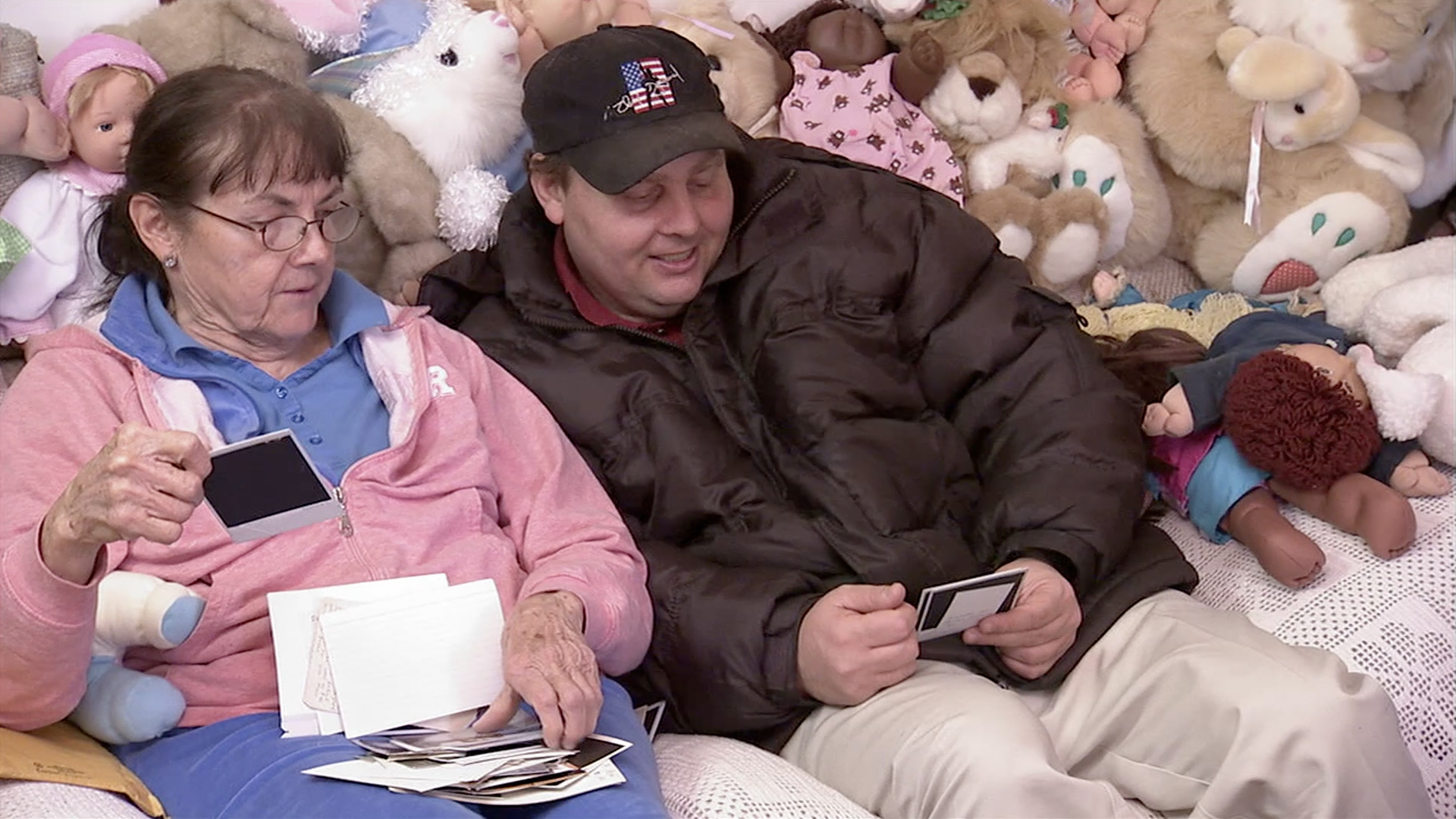 Every room in Phyllis’ house is packed with dolls. Her obsession has manifested itself into a floor to ceiling collection of bags stuffed with dolls, and a doll hospital in a spare bedroom where she “amputates” the limbs of one doll to make another complete. Now, her son is threatening to call Adult Protective Services if she doesn’t get a handle on her compulsion. Janet’s home is so hoarded that she has to crawl upon mountains of garbage to get to the one recliner where she eats and sleeps. She’s had no running water and no heat for two years and routinely huddles under seven blankets to keep warm. Unable to watch her mother live in such horrid conditions, one of Janet’s nine children is threatening to have her committed for her own good.