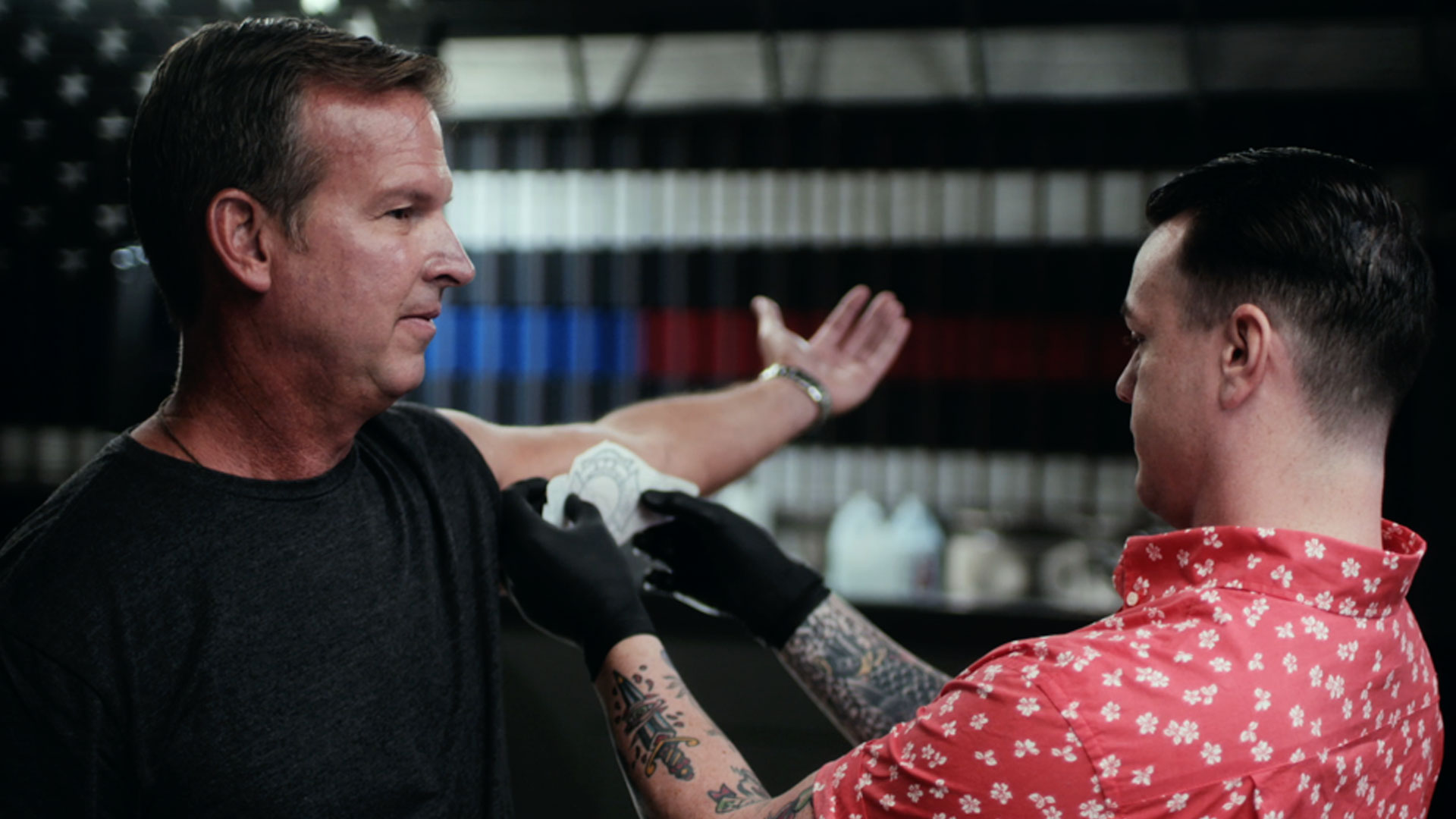 Shatamia Taylor gets tattooed to honor the five police officers who were gunned down by a crazed shooter at a rally in Dallas, TX. An off-duty firefighter shares the story behind his daring rescue after a plane crashes on an LA highway, and a young female officer tells her harrowing tale of survival after being shot repeated with an assault rifle.