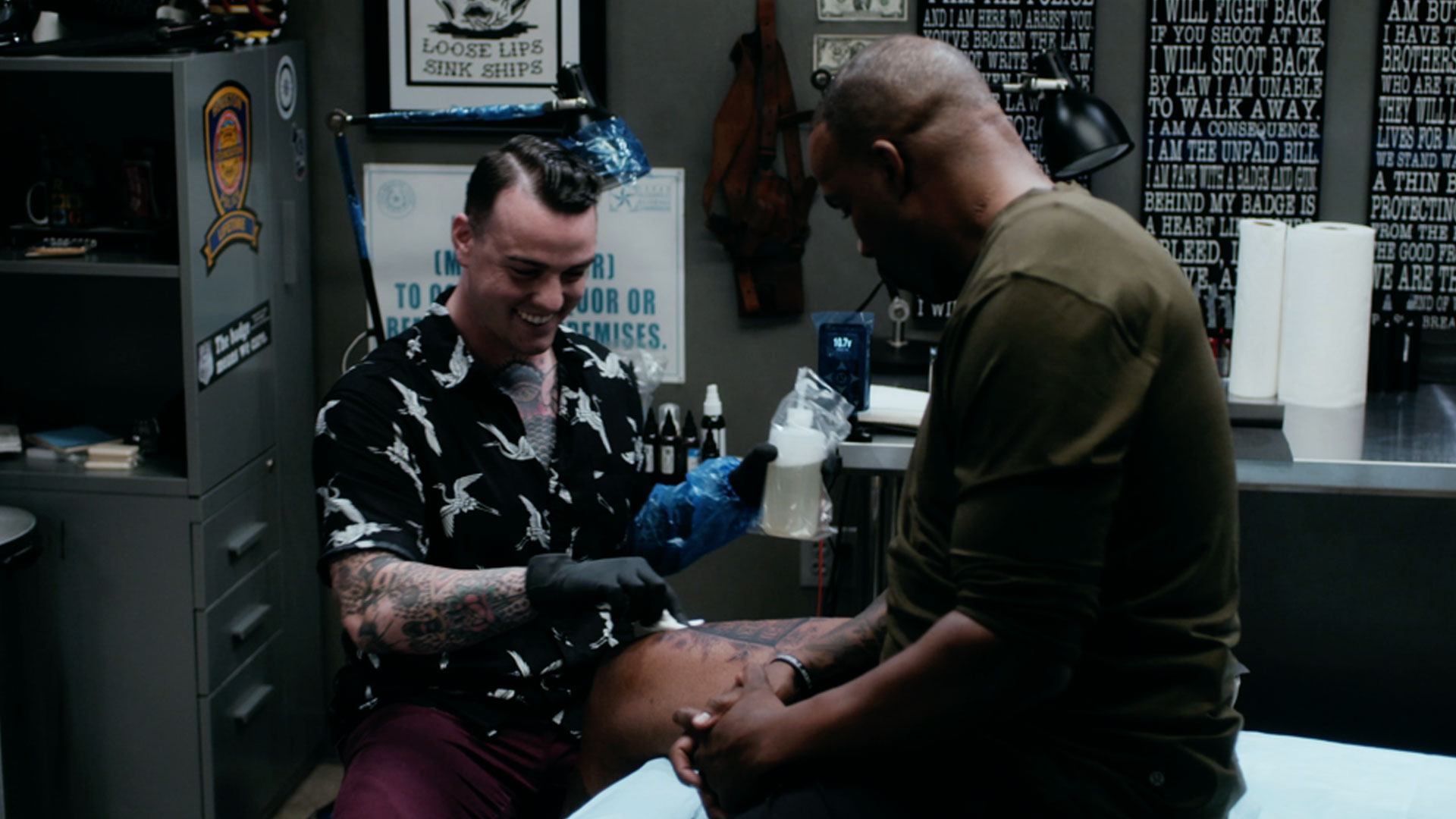 Former Houston PD officer Jason Roy shares his miraculous story of survival and recovery after a near-fatal car wreck during a high speed chase. Janice tattoos an Oklahoma police officer who became an internet sensation after putting a donkey in the back of his squad car, and an EMT gets tattooed to help her deal with the psychological scars that come with the job.