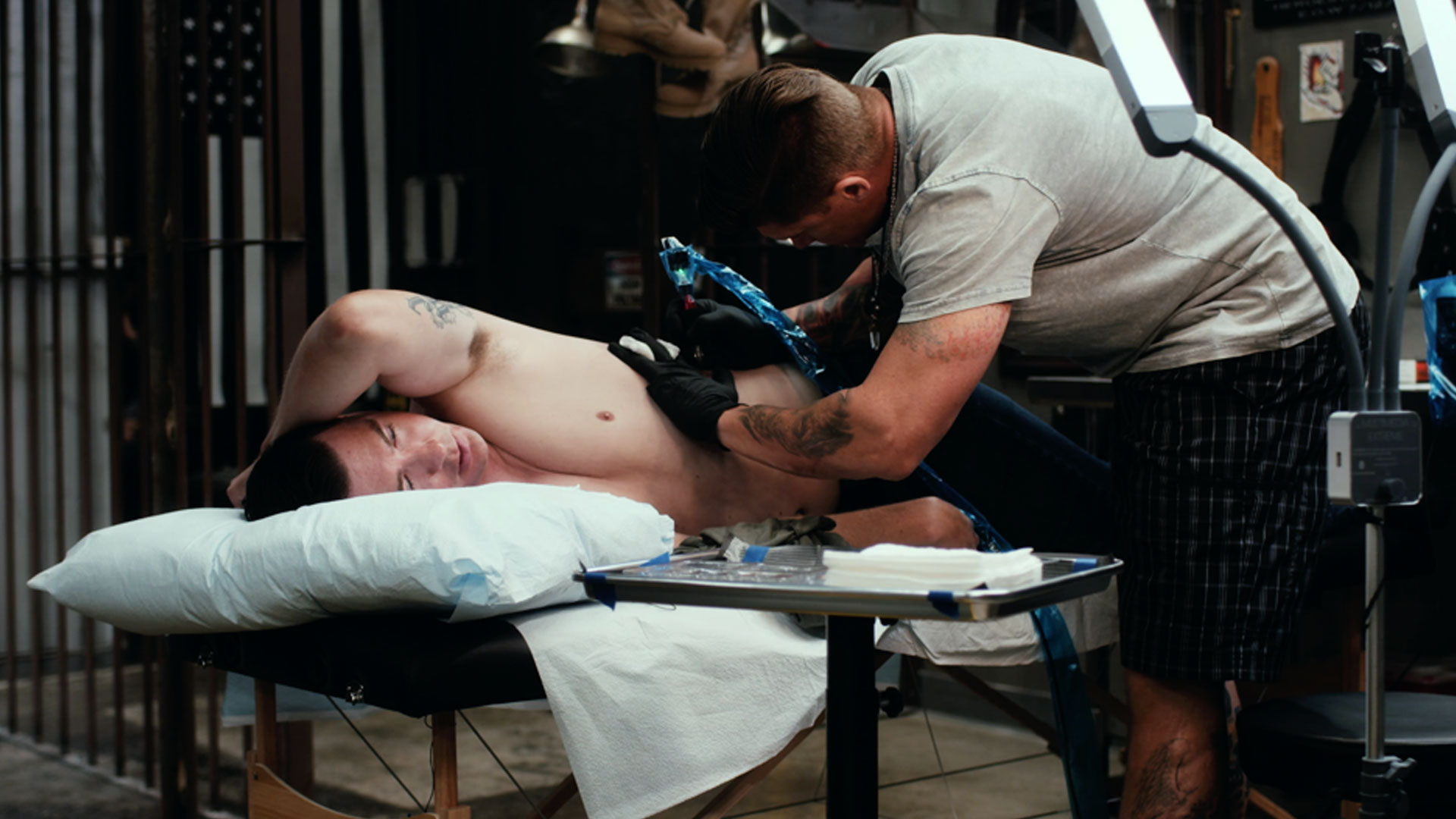 A police officer from California, who was off duty at the Route 91 Harvest Festival, shares his personal story of saving lives and getting shot during the largest mass shooting in US history which left 58 people dead. A former NYPD officer gets tattooed by his best friend and brother in blue, Rich. A domestic violence survivor gets a tattoo to honor the Ohio SWAT team who rescued her from a thirty hour hostage ordeal.