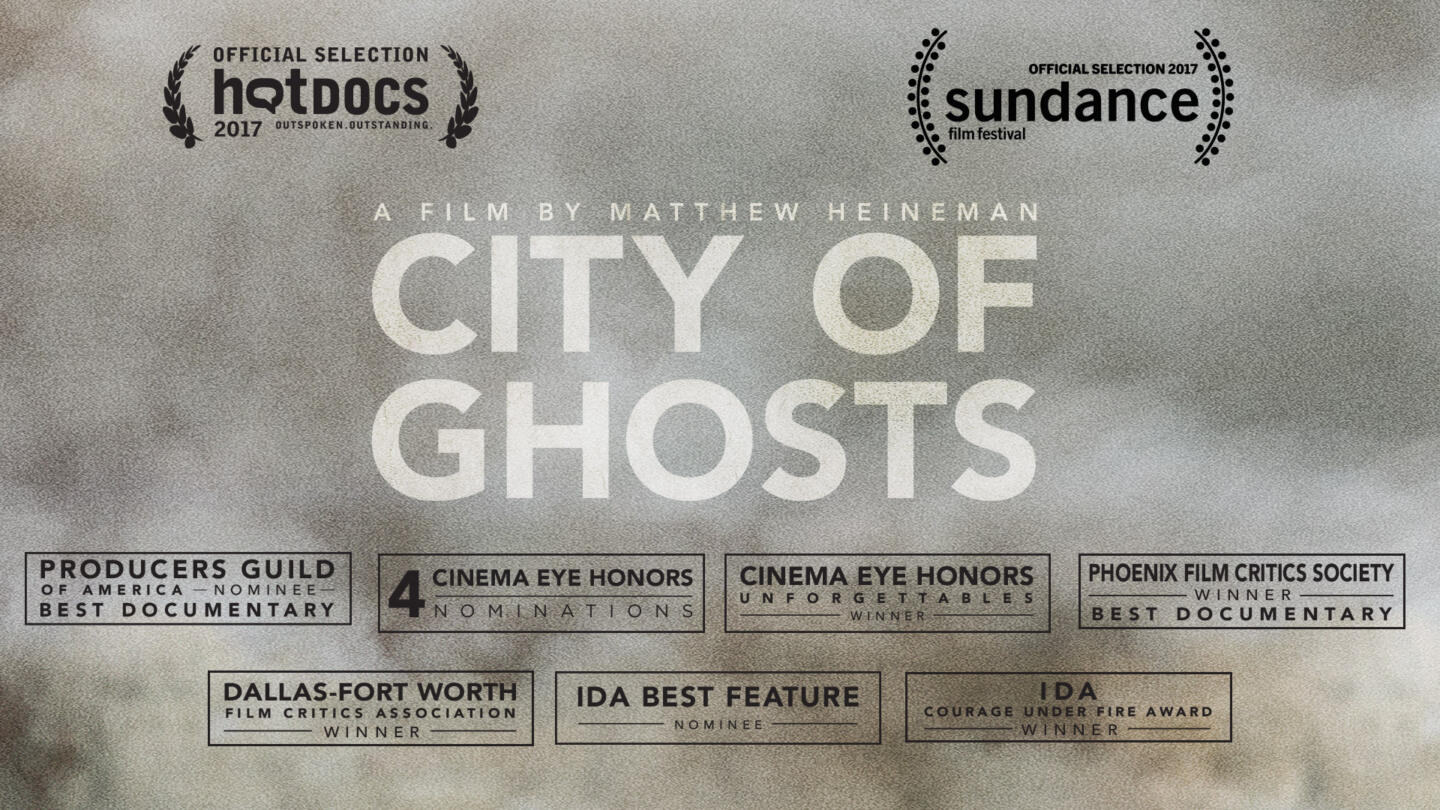 Directed, produced and filmed by Academy Award–nominated and Emmy-winning filmmaker Matthew Heineman (Cartel Land, 2015 Sundance Film Festival Directing Award), City of Ghosts is a singularly powerful cinematic experience that is sure to shake audiences to their core as it elevates the canon of one of the most talented documentary filmmakers working today. Captivating in its immediacy, City of Ghosts follows the journey of “Raqqa is Being Slaughtered Silently” – a handful of anonymous activists who banded together after their homeland was taken over by ISIS in 2014. With astonishing, deeply personal access, this is the story of a brave group of citizen journalists as they face the realities of life undercover, on the run, and in exile, risking their lives to stand up against one of the greatest evils in the world today.

A&E IndieFilms is the feature documentary production arm of A+E Networks. Founded in 2005, A&E IndieFilms has become a beacon for world-class documentary filmmakers and a trusted collaborator in creating award-winning content with unprecedented access to remarkable stories. Since its inception, the company has built a reputation for brave storytelling and a prestigious track record with commercial audiences, major film festivals and critics awards alike.A&E IndieFilms roster includes four Academy Award®-nominated Best Documentary features.