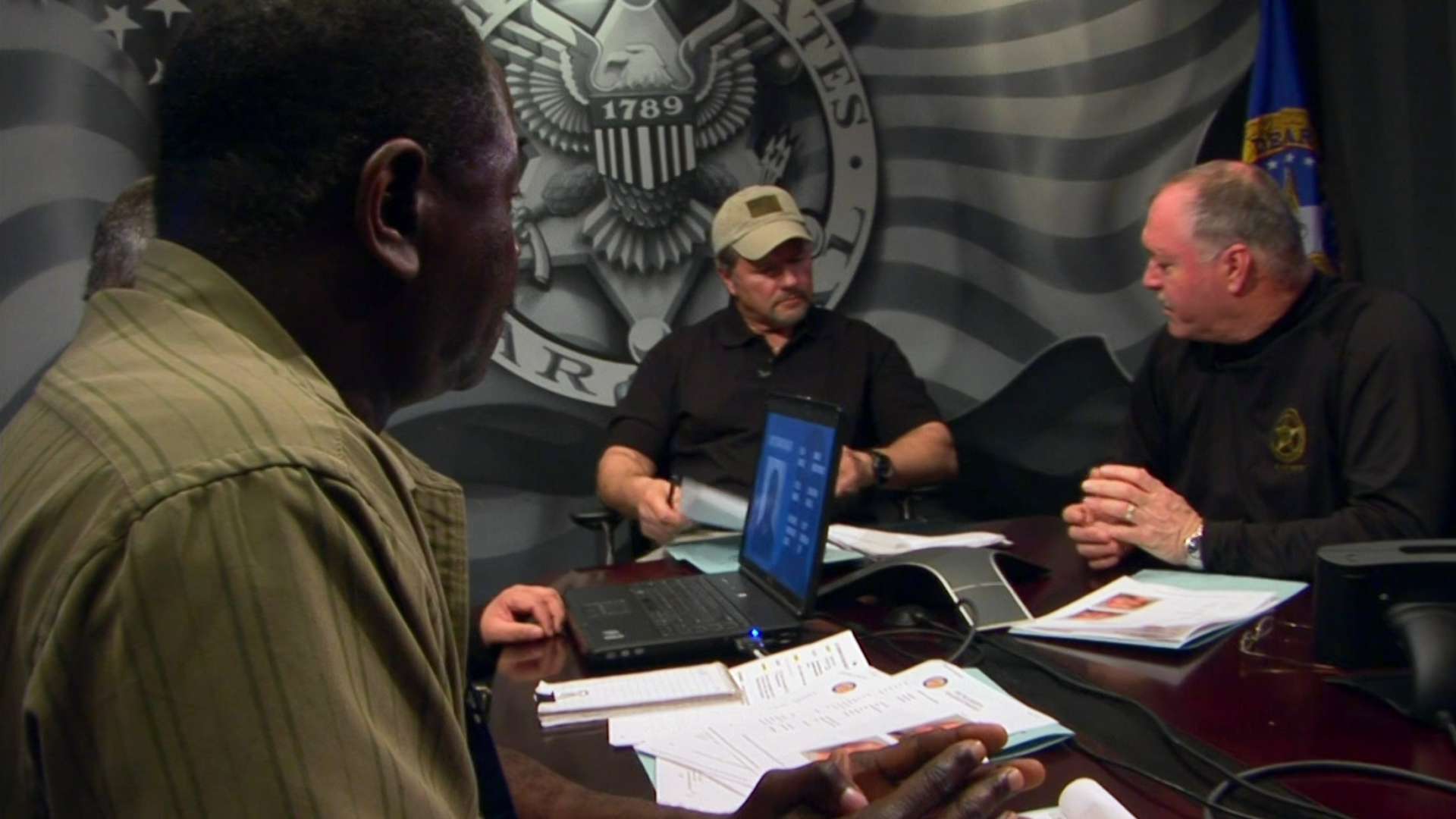 Senior Officer Vinny Senzamici and Officer Jesus Dumeng start off the day by nabbing a parole violator who raped a nine-year old. Without missing a beat, they jump right into another case. Their next fugitive is a man wanted for violating parole on a manslaughter conviction. He killed his girlfriend’s eight-year old daughter with a metal pipe. After hiding her body for two weeks in his home, he dumped her in a lot. Though the body was never recovered, he was eventually arrested and confessed to the killing. He served a dozen years of his 19-year sentence, then ran shortly after he was released on parole. With Commander Lenny de Paul, the Marshals search for their perp among his family and friends in New York and Puerto Rico. Because of the fugitive’s serious anger issues and violent record, and the rumors flying around that he may be unstable and suicidal, the Marshals take all precautions to prevent “suicide by cop” and bring him in safely.