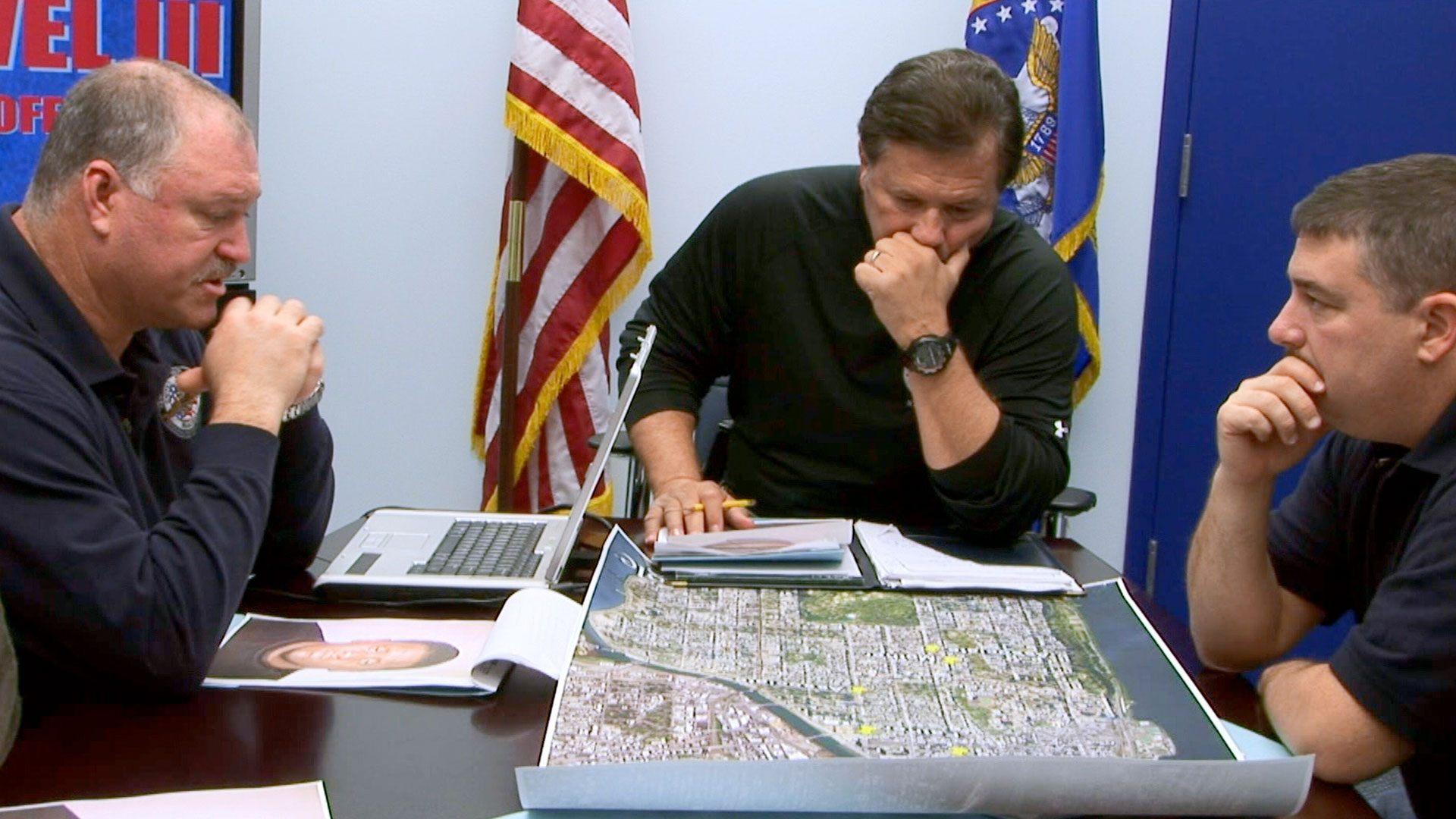 When Senior Officer Vinny Senzamici is assigned a parolee who’s on the most wanted list, he knows he has a “ticking time bomb” on his hands. He assembles his team and assigns the manhunt to his lead investigator, Officer Al Fernandez. The fugitive has a number of hideouts in Harlem, and it’s a building-to-building search as the officers interview family members and friends in an effort to find the hideout. After a security guard claims to have seen the fugitive mere hours before, the team follows the lead into a dark tenement basement, where danger lurks in the shadows. As the Fugitive Task Force clears the underground hallways, they think they’re closing in on their man–but actually the high-stakes hunt had just begun.