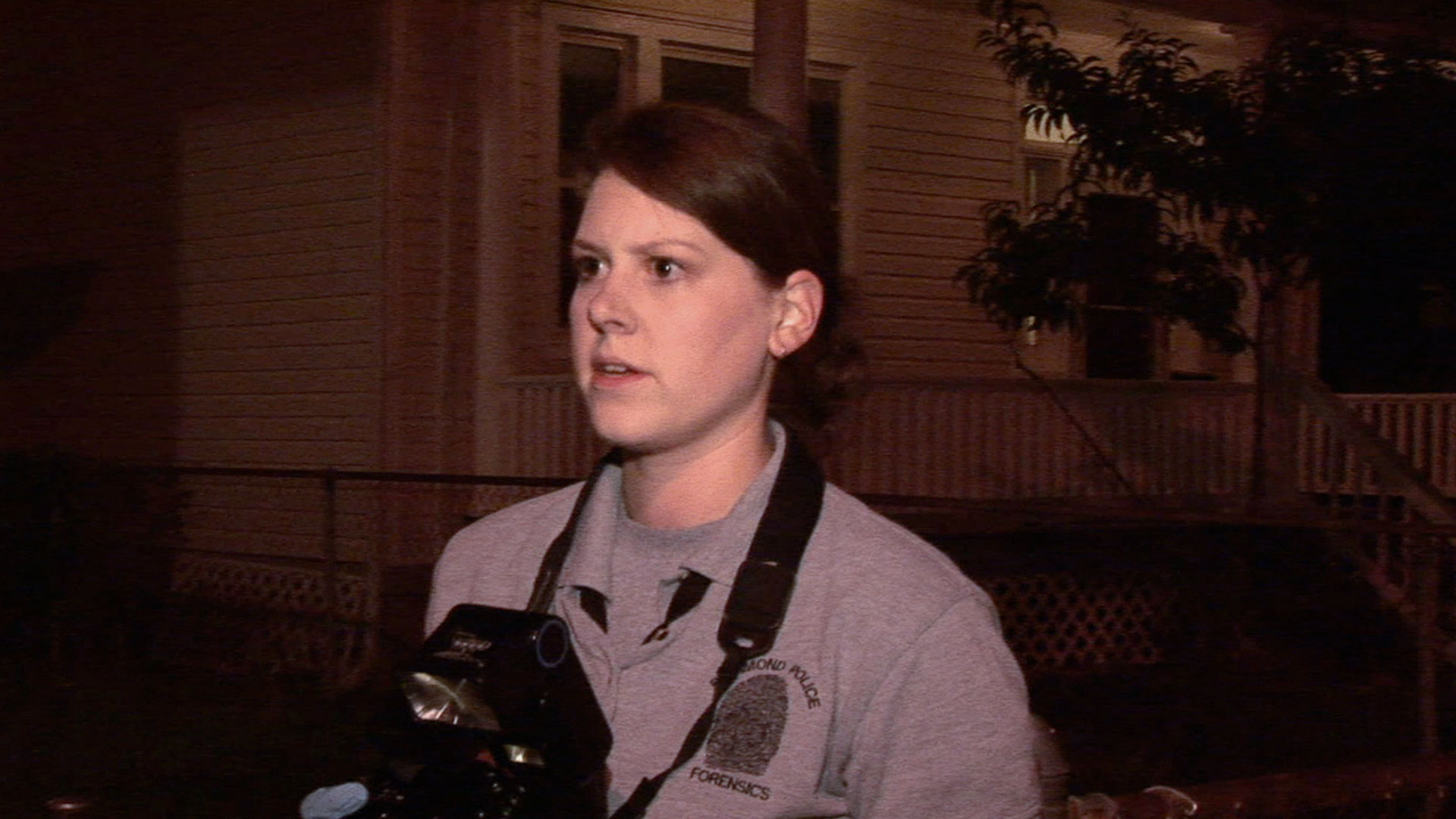 In the dead of night, Homicide Detectives, Thompson and Pence are called out to a bloody crime scene: a body, riddled with bullets, is found on a porch in a residential neighborhood. Detectives find the tenant asleep in the house, but they don't know if he is a suspect or a potential witness. The tenant knows the victim, but claims to have no knowledge of the murder, and he seems to have a seal-tight alibi. Evidence at the crime scene: the body, the blood, the victim's broken cell phone and a broken vase, all paint a portrait as to how the crime went down. According to the victim's family, he had no known enemies. A search warrant, along with analysis of the evidence and 3D crime scene scans; help to rule out a suspect. With no suspects or leads, Thompson turns to a recording of the victim's 911 call. In a surprising discovery, the victim named his killer during his last moments of life and the hunt is on.