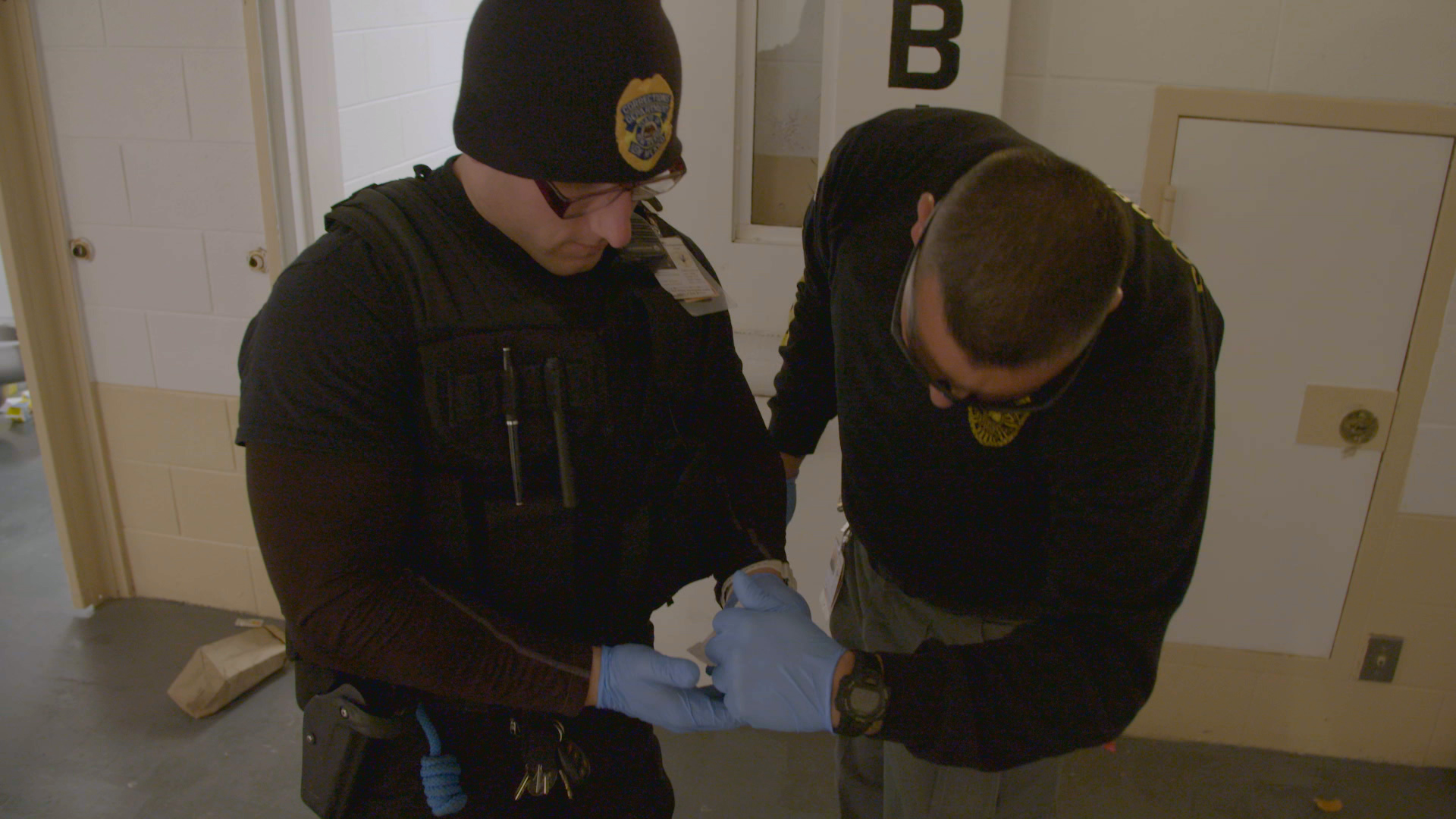 The administration steps up efforts to take down the SNM gang as violence continues to rise in the prison. Israel and Purto must shakedown cells of high-level SNM gang leaders, and Purto discovers his life may be in jeopardy. A leader of the SNM gang tells his story. Mangin and Cordova hit their one-year anniversary as COs and witness a violent SNM fight. Chaz is beginning to come into his own as an officer.

By submitting your information, you agree to receive emails from A&E and A+E Networks. You can opt out at any time. More details:
Follow #BehindBars