“America’s Top Dog” sideline reporter Jamie Little is a veteran motor sports reporter with over 18 years of experience. Little joined FOX NASCAR in 2015 to cover pit road for the MONSTER ENERGY NASCAR CUP SERIES and NASCAR XFINITY SERIES. She also serves as a reporter for NASCAR RACEDAY, FOX Sports’ prerace show for the Cup Series. Little also served as the FOX floor reporter at the 2019 Westminster Kennel Club dog show. Prior to joining FOX, Little spent 13 years at ESPN/ABC as a reporter for NASCAR (2007-’14), the IndyCar Series (2004-’14), Winter X Games and Summer X Games telecasts. Her television career began in 2002 as a reporter for ESPN immediately following graduation from college. She also has worked for SPEED, NBC and TNN.

Little is extremely active in animal rescue work. Prior to moving to Indianapolis in late 2017, Little spent much of her free time volunteering at The Animal Foundation, Nevada’s largest animal rescue shelter, and served as its spokesperson. Her first solo charity project was a 2016 calendar titled “Las Vegas to the Rescue,” featuring Las Vegas celebrities posing with homeless pets from the shelter to promote adoption. Since 2018, Little also works to raise awareness and help shelter animals with #ShelterSurprise where she surprises animal shelters in NASCAR markets across the country on race days and rewards them with a donation and supplies.

A graduate of San Diego State University with a degree in Journalism, Little grew up in South Lake Tahoe, Calif., spent much of her life in Las Vegas and currently resides in Indianapolis with her husband, Cody Selman, son, Carter, daughter, Sierra, and four rescue dogs.

By submitting your information, you agree to receive emails from A&E and A+E Networks. You can opt out at any time. More details:
Follow #TopDogAE 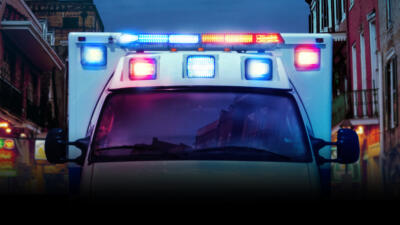