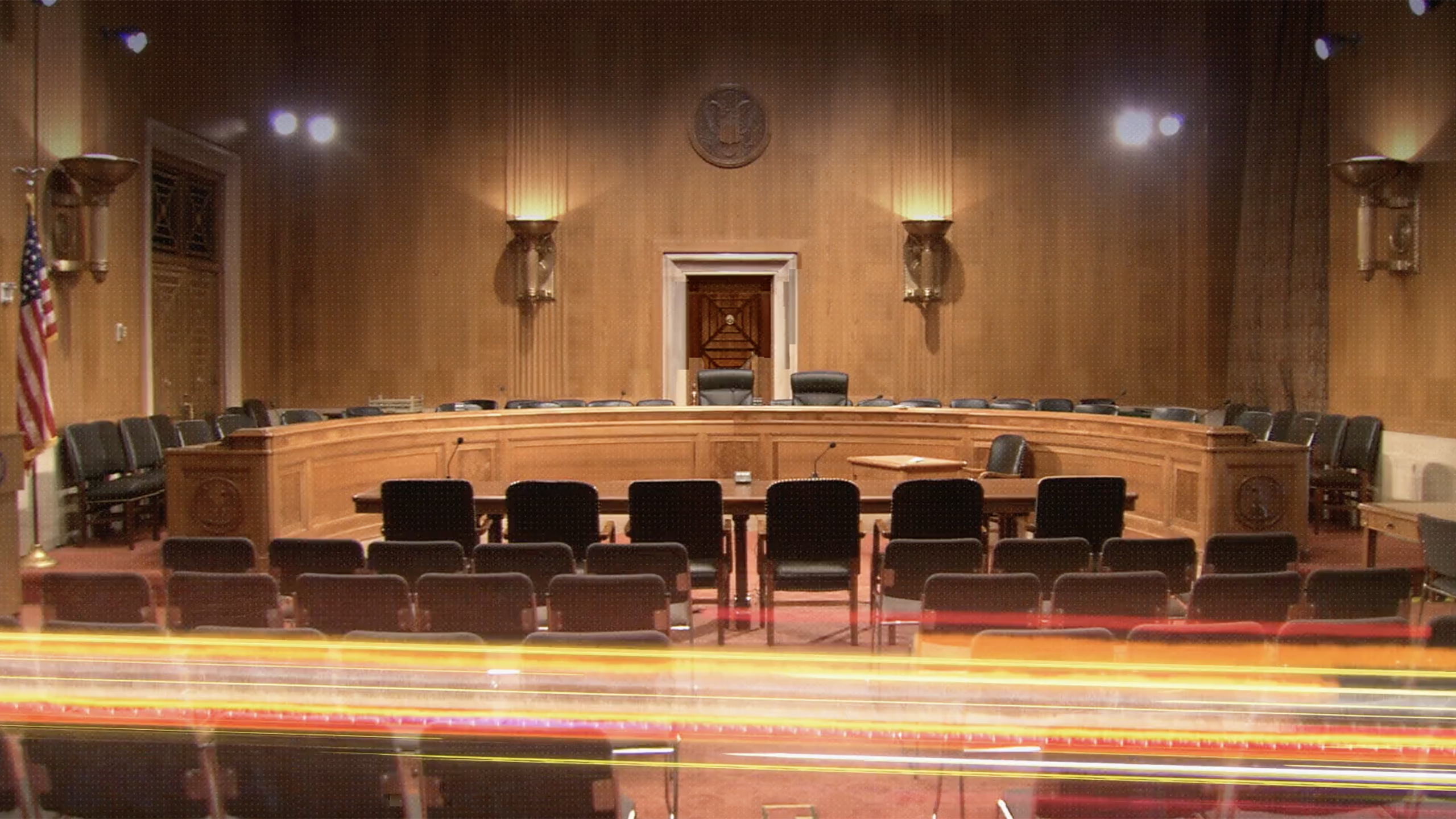 Court Night Live is a live courtroom television program produced by Producer, intended for initial exhibition on the A&E television network (the "Show"). The Show consists of disputes and/or lawsuits between real people who have agreed to have their cases settled on the Program ("Litigants") in front of an arbitrator, as determined by Producer and A&E in their sole discretion ("Arbitrator/Judge").

While the Arbitrator/Judge shall hear the details of the cases, certain cases ("Audience Voting Cases") may allow for the home viewing audience and/or the studio audience at the Show taping (collectively, the "Audience") to vote on the outcome of the verdict of the case in question during a short voting window during the episode of the Show ("Audience Voting").

1. Eligibility
Voting is open to viewers who are eighteen (18) years of age or older located in the fifty (50) United States, including the District of Columbia (the "Geographic Area).

2. Voting
During the Voting Windows (defined below), viewers may submit votes via SMS, as follows:

◦ To vote, text the keyword relating to the defendant or plaintiff you are voting for, as shown on the weekly episode of the Show, to short code 97979 during the Voting Window (defined below). For example:

◦ Message and data rates may apply. To cancel, text STOP, QUIT, CANCEL, END or UNSUBSCRIBE to 97979 relating to the Show. To get help with voting by SMS, Text HELP to 97979, or email info@telescope.tv. You will receive a confirmation text message on the first valid vote. Only votes received in the valid vote window (detailed below) will be counted. If you send a text message vote outside of the Voting Window, you’ll get a text message back letting you know that voting is closed. You may vote ten (10) times per originating phone number during each Voting Window. Any additional vote attempts in the same Voting Window will not be counted as valid.

◦ Text messages sent and received may include:

For more information on voting, please refer to the FAQs section on https://www.aetv.com/cnlfaqs. For help with voting, send an email to info@telescope.tv.

The Show airs Wednesdays on the following dates and times:

4. Voting Limits
Producer and A&E reserve the right to change the above-mentioned limits on the number of votes that may be made via voting in the Producer's and/or A&E's sole discretion. The Administrators (defined below) reserve the right, in their sole discretion, to reject votes cast by any individual who does not abide by or conform to these Official Voting Rules or who tampers with the voting process or acts in a disruptive or unsportsmanlike manner or to take any other actions that they deem appropriate (including without limitation removing such voting from the Show altogether).

6. Disclaimers
A&E Television Networks, LLC, Big Fish Entertainment, LLC, Telescope Inc. and each of their respective direct or indirect parents, subsidiaries, related and affiliated entities and persons, and each of their respective agents, officers, directors, employees, managers, members, contractors, and their respective successors, licensees and assigns, and any other entity involved in the development, administration, promotion, or implementation of any voting method and these Official Voting Rules (collectively, the "Administrators") are not responsible for and shall not be liable for lost, incomplete, late, damaged, or misdirected text messages; failures or malfunctions of devices (including wireless phones/handsets), telephone lines, telephone or communications systems, cellular equipment towers, wireless services, or other communications malfunctions; interrupted or unavailable cellular networks or servers; miscommunications; failed computer hardware or software or other technical failures; garbled, lost, misrouted or scrambled transmissions; any error, omission, interruption, defect or delay in any transmission or communication; traffic congestion or for any other technical problems.

The Arbitrator/Judge may be permitted to overrule the Audience Voting, in the Arbitrator's/Judge's sole discretion, but the final verdict/decision, whether or not it involves Audience Voting, will be final and binding on the parties as set forth in their Arbitration Agreement.

If for any reason the Audience Voting is not capable of being executed as planned, or if there is an infection by computer virus, bugs, tampering, unauthorized intervention, fraud or technical or reporting failures, or if any other causes beyond the control of Administrators or affect the administration, security, fairness, integrity, or proper conduct of this voting, the Administrators reserve the right, in their sole discretion, to take any action they deem appropriate or to withdraw the transmission of any vote, but are in no way obligated to do so. Furthermore, the Administrators may, but are not obligated to, permanently disqualify from any voting any person Administrators believe has intentionally violated these Official Voting Rules, and terminate or suspend voting at any point and declare the vote results based on the votes up to that point, if it appears that the voting process has been so distorted by hacking, failures, errors or other interference that the results would not reflect actual valid votes should the voting continue. In the event of technical or reporting difficulties with the SMS Voting including, but not limited to, mobile or Internet service interruptions, Administrators, in their sole discretion, reserve the right to review the votes for accuracy and to take any action they deem appropriate, including, without limitation, voiding all votes cast during the time period in which such technical or reporting difficulties occurred or removing such voting from the Show altogether, but are in no way obligated to do so. In the event of technical or reporting difficulties with the voting, or in the event two or more participants receive the same number of votes such that the winner(s) or loser(s) of any vote cannot be determined, Administrators reserve the right to have eliminations be determined by any method determined by A&E and Producer in their sole discretion. Administrators assume no responsibility for any injury or damage to participants or voters or to any person's computer or other property relating to or resulting from entering or downloading materials, applications or software in connection with this vote, or otherwise participating in voting. Administrators are not responsible for telecommunications, network, electronic, technical or computer failures of any kind, for inaccurate transcription or reporting of voting information, errors in any promotional or marketing materials, for any human or electronic error, or for votes or reports that are stolen, misdirected, garbled, delayed by computer transmissions, lost, or late. By participating, each individual agrees to release and hold the Administrators harmless against any and all claims and liabilities of any kind arising in whole or in part, directly or indirectly, out of such individual’s participation in the voting. Voter hereby acknowledges that the Administrators have neither made nor are in any manner responsible or liable for any express or implied warranty, representation or guarantee, express or implied, in fact or in law, relative to the voting or any component thereof. Administrators will take commercially reasonable steps where practicable to prevent voting outside of the Geographic Area; however, some votes cast outside of the Geographic Area may evade the limitations in place and be counted. Administrators will also take commercially reasonable steps where practicable to enforce other SMS Voting limits and restrictions set forth in the Official Voting Rules; however, some limits and restrictions may not be enforceable as written due to limitations on the Administrators' ability to prevent and track certain SMS Voting misuses, such as limitations on the ability to exceed vote limitations by one user using multiple phone numbers.

Caution: Any attempt by a voter or any other individual to deliberately damage any online service or website, tamper with the voting process, or otherwise undermine the legitimate operation of the voting is a violation of criminal and civil laws and should such an attempt be made, Administrators reserve the right to seek damages and/or other remedies from any such person to the fullest extent permitted by law.

7. Conditions for Voting
By voting, you are agreeing not to use any unofficial, third-party services to cast votes on your behalf. Administrators reserve the right, but are not obligated, to disqualify, block or remove any votes from any individual who votes by any electronic, mechanical, or automated means, or otherwise tampers with the vote process, or for any other reason, as determined by Administrators in their sole discretion.

Administrators are not responsible for any damages to voters' device(s) that may occur from use of service. Administrators reserve the right, for any reason and in their sole discretion without any obligation, to modify, suspend or discontinue the voting service without prior notice. Administrators reserve the right to modify any of the Show's contest or voting rules, the Official Voting Rules, the Voting Windows, and the terms and conditions of this voting process at any time in their sole discretion.

8. Dispute Resolution
THESE RULES, AND SUBMISSION OF YOUR VOTE, ARE GOVERNED BY, AND WILL BE CONSTRUED IN ACCORDANCE WITH, THE LAWS OF THE STATE OF NEW YORK, AND THE FORUM AND VENUE FOR ANY DISPUTE SHALL BE IN NEW YORK, NEW YORK. IF THE CONTROVERSY OR CLAIM IS NOT OTHERWISE RESOLVED THROUGH DIRECT DISCUSSIONS OR MEDIATION, IT SHALL THEN BE RESOLVED BY FINAL AND BINDING ARBITRATION ADMINISTERED BY JUDICIAL ARBITRATION AND MEDIATION SERVICES, INC., IN ACCORDANCE WITH ITS STREAMLINED ARBITRATION RULES AND PROCEDURES OR SUBSEQUENT VERSIONS THEREOF ("JAMS RULES"). THE JAMS RULES FOR SELECTION OF AN ARBITRATOR SHALL BE FOLLOWED, EXCEPT THAT THE ARBITRATOR SHALL BE EXPERIENCED AND LICENSED TO PRACTICE LAW IN NEW YORK. ALL PROCEEDINGS BROUGHT PURSUANT TO THIS PARAGRAPH WILL BE CONDUCTED IN THE COUNTY OF NEW YORK. THE REMEDY FOR ANY CLAIM SHALL BE LIMITED TO ACTUAL DAMAGES, AND IN NO EVENT SHALL ANY PARTY BE ENTITLED TO RECOVER PUNITIVE, EXEMPLARY, CONSEQUENTIAL, OR INCIDENTAL DAMAGES, INCLUDING ATTORNEY'S FEES OR OTHER SUCH RELATED COSTS OF BRINGING A CLAIM, OR TO RESCIND THIS AGREEMENT OR SEEK INJUNCTIVE OR ANY OTHER EQUITABLE RELIEF.

9. Changes These Official Voting Rules are subject to change at any time at the sole discretion of the Administrators. Notification regarding any such change will be posted at aenetworks.com.